According to the WHO, 1.5 million people were killed by TB in 2014. It now ranks alongside HIV as a leading cause of death worldwide. It is crucial for people who are affected by both HIV and TB to be reliably diagnosed with the latter, because the tuberculosis skin test can be compromised by HIV. The high burden of undiagnosed TB fuels on-going transmission and poor treatment outcomes. In response to this major health issue a consortium of eight partners had already addressed this problem in the EDCTP-funded project AE-TBC. The importance of their work has now been validated by being regarded again for the second round of funding through the EDCTP.

The European and Developing Countries Clinical Trials Partnership (EDCTP) is a partnership between European countries and sub-Saharan Africa. It aims to support collaborative research that accelerates the clinical development of new or improved interventions to prevent or treat HIV/AIDS and tuberculosis, among other diseases, in sub-Saharan Africa.

ScreenTB: a fast and safe way to screen for active TB

ScreenTB, the follow-up project, addresses the important topic of screening for active TB, which would significantly speed up and streamline diagnostic approaches in resource-limited settings. The consortium plans to run a trial that will recruit 800 people with symptoms suggestive of active TB, and across five African countries. Additionally, they will continue to build significant African clinical trial capacity by hosting workshops on clinical trial and laboratory procedures and by supporting the promising early and mid-career African scientists through a mentorship program and by improving South-South and South-North networking.

The project consortium comprises a multi-national team of leading experts from eight African and European partnering institutions and is equipped with a total budget of €3 million.

The partners in ScreenTB at a glance: 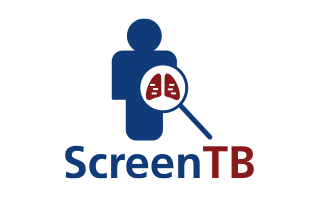