Coming together: Eurice joins other partners for first project meeting both in-person and virtually

The European research project HCA|Organoid will create an open-access “Organoid Cell Atlas” within the Human Cell Atlas (HCA) initiative, an ambitious global scientific initiative mapping and characterising all cells in the human body. Organoids are tiny, three-dimensional tissue structures resembling miniature versions of potentially any organ or tissues in our body, which can be grown from stem cells. As described in the HCA Whitepaper, these structures “reflect key properties of organs such as kidney, lung, gut, brain, or retina. Both healthy and disease tissues can be converted into organoids, and thus organoid technology can be applied to model human organ development, physiology and various human pathologies ‘in a dish’.” Combining organoid technology with single-cell profiling, the HCA|Organoid project strives to validate organoids as faithful models of human biology to firmly establish organoid technology within the HCA.

Creating well-characterized in vitro models of human organs will enable researchers to draw functional/causal/mechanistic conclusions relevant to human diseases. The project will derive and comprehensively characterize human brain and colon organoids from 100 individuals each to capture population variation and to establish a comprehensive reference for disease-centric research. This will facilitate future discovery-driven and translational research on rare genetic diseases, complex multifactorial diseases and cancer. The single-cell maps will be integrated into a public Organoid Cell Atlas Portal, which will provide user-friendly access to single-cell data of organoids in connection to human primary samples. This scientific resource will support several proof-of-concept studies, for example focusing on disease modelling for genetic epilepsy in brain organoids, on organoid cancer models, and the characterization of disease-linked genetic variants in colon organoids.

Single-cell and organoid technologies provide a fundamentally new perspective for understanding biology, with profound potential to enable therapeutic advances and to put Europe at the forefront of personalized medicine and regenerative biology. This vision and the anticipated impact of the Organoid Cell Atlas are described in a strategy paper that is publicly available as a preprint (DOI: 10.5281/zenodo.4001718). The collaborative paper furthermore details the project's experimental design and research scope and addresses key challenges of the project. Overall, the project funded by the EU Horizon 2020 Framework Programme will establish single-cell transcriptomes, single-cell epigenomes and imaging data for several thousand organoids and matched primary tissue.

“We are excited to pursue a large-scale, international effort to combine single-cell profiling with organoid technology – two areas that are not only among the ‘hottest’ fields of biomedical research but also uniquely suited to synergize with each other”, says Christoph Bock, project coordinator and principal investigator at the CeMM Research Center for Molecular Medicine of the Austrian Academy of Sciences.

About the Human Cell Atlas The Human Cell Atlas (HCA) initiative aims to create molecular reference maps of all human cells to pool and expand knowledge of the diverse cells found within the human body. The goal is to better understand human health, but also to improve diagnosis, monitoring and treatment of diseases. As a contribution to this global initiative, the European Commission is funding six pilot actions within the Horizon 2020 Research and Innovation Framework Programme (www.humancellatlas.org/euh2020). Each of those projects has been designed to characterize single cells or their nuclear components, their interactions and/or spatial location in tissues from one human organ, using state-of-the-art single cell technologies, analytical methods and computational tools, and brings together European experts in the respective fields who are joining their efforts to support the creation of the HCA. 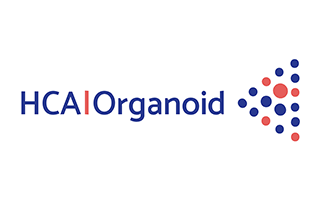 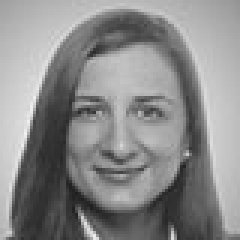